Our Scotland Tour 2013:
We visited old friends. First week we lived in David Manns house. It was for him and his wife a very hard job with us.
But they want, that we come back again! David, thank you!

The first day we met our friend Dick Hamilton

We would like to take this opportunity once again to thank the Tayside Police Pipe Band, who have not only taught us a great deal in terms of bagpipes. We would therefore like to express our particular thanks to our teachers Mr. David Mann and Mr. David Smith. With their co-operation we recorded the joint CD "Bagpipe Experience". A few samples of the CD are available on the page “Music“. Unfortunately this CD has been sold out. 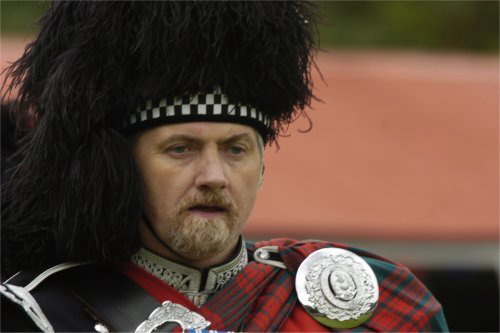 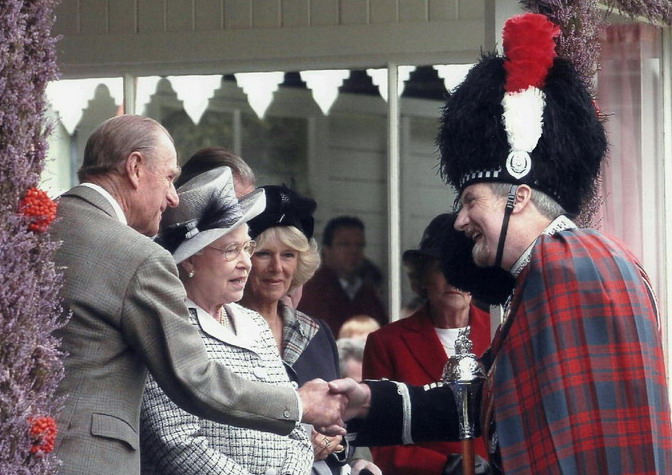 The “Happy German Bagpipers” were able to quickly capture the hearts of the Scots public with their unique, non-traditional way of interpreting bagpipe music. The superb and lively mood in the pubs confirmed that our type of music was good.

During their stay in Scotland, the "Happy German Bagpipers" were awarded a „Diploma of Honour“ by the Saint Andrews Association.

Minutes of last month`s force executive meeting show senior officers and officials were told the 105-year-old band had "dissolved", but noted there had been no formal notification from members. It led to fears the band could be the first victim of the cuts to police budgets.

But Inspector Neil Anderson insists the band will continue — after a "period of transformation."

"Tayside Police Pipe Band has not been disbanded," he said. "It is, however, going through a period of transformation and we are to be presenting a number of changes to the force executive in due course." It is not yet clear if the band will continue to be funded by the force or if other income will be sought. However, a source close to the band said it was "unthinkable" that it would be wound up. It is understood the band`s former Pipe Major David Clunie resigned, citing a prospective withdrawal of funding and "a lack of commitment and support" as reasons. According to the pipes|drums website, Mr Clunie, who was appointed in 2008, said practice sessions were suffering and he felt unable to improve the band at a "competitive level."